I had my first blue screen of death couple of days ago on my Vista box. All I was doing is to drag and drop some movies to my Itunes 7.3.

I also noticed, although the encodings are done with same settings, it will only import only couple of the movies, the rest will not import. I was going insane :). As a test, I copied one to my wife’s computer, running XP, and voila it imported fine. So I knew it wasn’t the files.

After a brief research, I found that there is a known issue with Nvidia Nforce4 SATA drivers for Vista and Itunes. Who’d have thought. At the bottom of one article from Apple Support, it says:

&quot;Some customers using computers containing NVIDIA nForce Serial ATA (SATA) controllers may experience unexpected behavior when playing videos in iTunes on Windows Vista from a SATA hard drive. iTunes may unexpectedly quit or become unresponsive or the computer may unexpectedly reboot or show a blue screen. Standard IDE hard disks are unaffected by this issue. If your computer contains a standard IDE hard disk, you can copy your video files to that disk and play those copies of the files in iTunes or QuickTime Player. NVIDIA is investigating the issue.&quot;

The resolution wouldn’t work for me, as I am using a Shuttle box and I didn’t have space for IDE drive. I continued my research and it turns out if you rollback your drivers to Microsoft’s &quot;Standard Dual Channel IDE Controller&quot; and reboot your computer, it will be fine.

After the reboot, no more BSOD, all the files imported just fine. It is unbelievable. At least, for now I have a solution till Nvidia and Itunes get their act 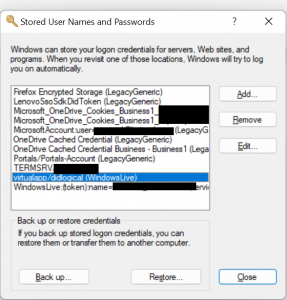